You really took me by surprise! I've been plowing through at full steam, and I hardly noticed that we're nearly 3 months in already! An update is long overdue!

I hope your holidays were as fun-filled and gracious as mine were. I am endlessly appreciative for my family and close friends. Their love and support is what keeps me going.

Mike and I moved into a new place together with our doggies, Marley and Pepper, on January 8th. It's a sweet little 2-bedroom house in Pasadena. We love the house, despite its many quirks, and the location, and are having a great time fixing it up and turning it into our home. The only thing that sucks majorly is that we were robbed approximately 2 weeks after we moved in! My computer and most of my jewelry was stolen, but thankfully, we were not home when it happened, and they didn't harm our dog, Marley, who was there at the time (Pepper was at my mom's house in Santa Clarita). All that really matters is that we are safe, and we are strong, so we are able to push past this terrible event and move forward with our life together. Thankfully, we had just invested in renter's insurance a mere 3 days before the burglary occurred, so we should be getting a check in the mail soon to compensate for our losses. We're finally getting comfortable here. We love gardening and watching our dogs run and play in our spacious yard! We made friends with the neighbors, and we even planted a Meyer lemon tree a week ago. Things are very peaceful here now. 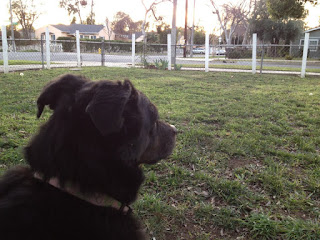 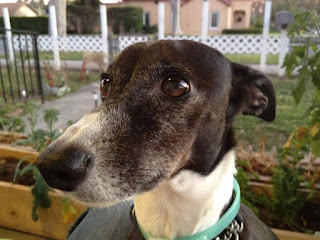 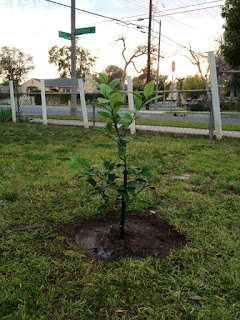 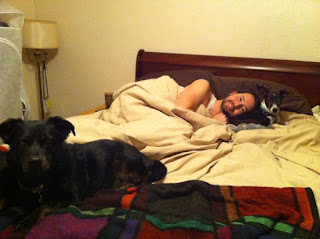 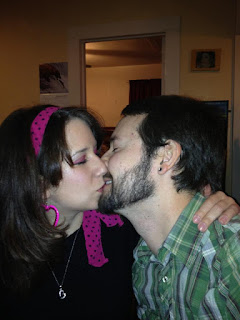 As for my musical projects, The Damselles & the TC4 have definitely been keeping busy! Last month we branched out from our usual Eastside haunts, and played shows in Studio City, Long Beach, and San Diego. We honored the late, great Whitney Houston at our latest show, which took place at Harvard & Stone on February 15th. Here's the video, in case you missed it:

The guys and gals of the Dams & TCs went into the studio in December and January to record our first full-length LP of all original songs. We recorded at comp-ny studio in Glendale (the same studio where we recorded the majority of our self-titled EP last year) with producer/engineer Paul Smith, formerly of Capitol Records. We are very pleased with what we got out of those sessions, and can't wait for the album's release in late spring/early summer of this year! The next Damselles show is Wednesday, February 22nd at the Echo with touring Seattle band, Pickwick. We're also playing this Friday at the last night of the TC4's residency at Casey's in downtown LA. For more Dam-tastic action and current events, including photos and video from our recording session, click here: http://thedamselles.blogspot.com/

I've had such great experiences each time I've recorded at comp-ny that I decided to book the studio to record the Richie West Band's LP this month. We were in the studio all weekend on February 18th and 19th. Be Hussey engineered, and John Ennis and I sang scratch vocals as the band tracked the songs and overdubbed solo sections and additional instrumentation. I can't even tell you how lucky I am to be working with the extremely gifted talents of my Richie West bandmates. I would just like to take a moment to acknowledge them all by name. The Richie West Band is: Adam Kurtz on guitar, Mike Escamillo on piano, Keith Karman on upright bass, Kevin Milner on pedal steel and lap steel, Charlie Woodburn on drums, Suzanne Santosuosso on fiddle and banjo, and of course, my good friend John Ennis singing lead vocals (supported by Adam Kurtz and myself on background harmonies). I am extremely pleased with what the band laid down this past weekend, and I am looking forward to tracking vocals in March or April.

For those of you who don't know, the Richie West Band is a project that I started with John Ennis a year and a half ago, to resurrect the many country songs my late father wrote in the last few years of his life. This is something I've been wanting to do for the last 14 years since he died. Currently, filmmaker Nick Weidner is making a documentary about the process of getting these songs heard. Last year, I launched a kickstarter campaign to take the band (which was half its size back then) back to my family reunion in Texas so we could play my Dad's songs for his family. It was the trip of a lifetime. We piled into a 13-passenger van we borrowed from my good friend, Rufo Chan, Jr., and drove 24 hours to Childress, Texas. It was an epic experience that I'm sure we will never forget. Although my father has been dead nearly half of my life now, his memory is still very much alive inside me and I know he would be very proud to hear his music rise again.  I am absolutely ecstatic about the arrangements and instrumentation we have used on this album, and I am very anxious to present it to the world!

Here are some photos from the recording session this weekend, and a couple of videos to give you a sneak preview: 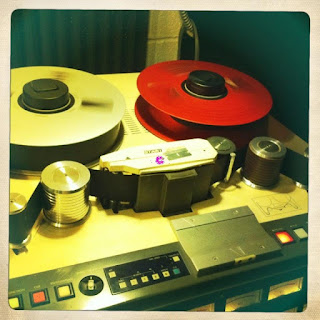 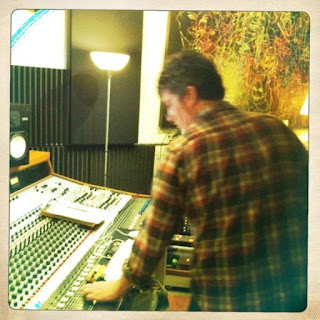 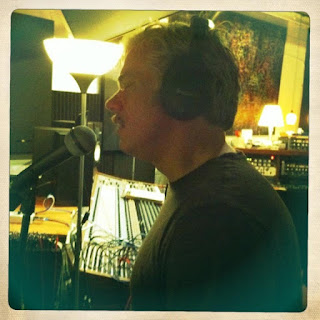 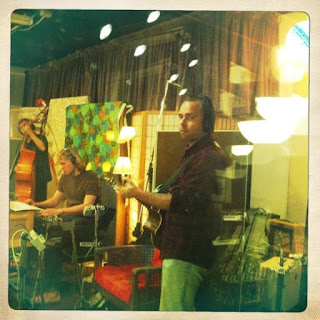 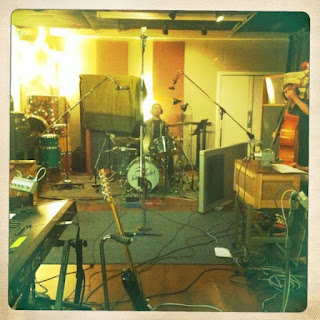 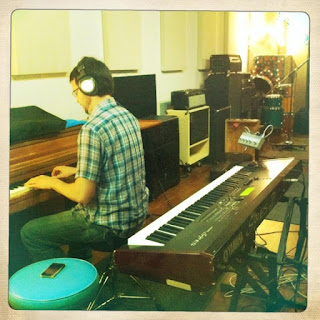 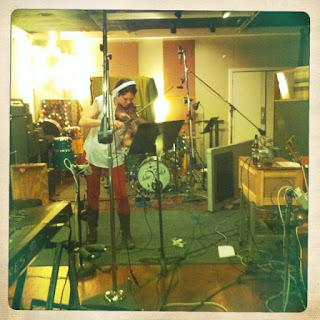 As for my solo project, I have a few gigs coming up! First on the list, I have a very cool show in the Hollowbody Lounge at the Viper Room on March 4th. 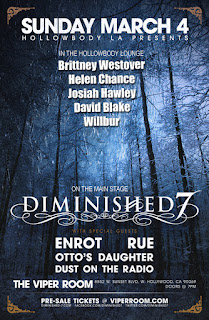 I will be opening with a 35 minute set for my very good friend, Helen Chance, at 7:30pm. Our dear friend, Jenna Syde booked this show for us, and her band, Rue, will be playing a reunion show in the main lounge at the Viper Room that same night! Tickets are $10. Purchase them at the door on the night of the show, and you will have access to the entire venue. There are drink specials for those who ASK for the Happy Hour specials, which include $5 Jim Beam, Tanqueray, Skyy Vodka, wine, etc, and $4 cans of PBR. There is 2-hour metered street parking on Sunset, as well as a $10 pay lot on the property. I also heard that there's a new public lot that's only $1 per hour a block or so down from the club, near the old Tower Records (across from Red Rock). The address of the Viper Room is 8852 W. Sunset Blvd. West Hollywood, CA 90069. This will be my first time playing an entire set of my original songs on the Sunset Strip, so I need all the support I can get! Mike will be accompanying me on various instruments, and will probably sing a duet with me. Please come out and see us and the divine Ms. Helen Chance! Here is her website (she's a super-talented musician and a very clever songwriter!) http://helenchance.com/
I have been invited to play a St. Patty's Day block party in Santa Clarita on March 17th. They are shutting down 8th Street in Newhall. There will be vendors, food trucks, and stages set up outside. It's an all-day party beginning at noon, with free admission up until 2pm. I will be playing inside the Vu at 3:30. My good friend Nikki Kilker will be playing inside the Vu later that day, as well. That same night, I will be interviewed by Jenna Syde on RadioBuzzd.com and play a few songs live on the air, starting around 9pm. So don't drink a bunch of Jameson shots and Irish car bombs before 9pm, because I don't want you to forget to tune in and listen!! 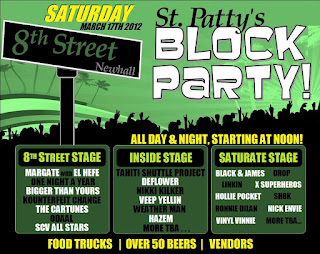 Finally, Mike and I are playing a show at 10pm on March 30th at Lot 1 in Echo Park. My good friend Rebecca Balin booked this one for us, and we are very excited to play there! I will post more details about that show as the date approaches.
That about wraps it up for the first 3 months of 2012. If more cool, fun, and awesome stuff pops up, I will be sure to let you know! Thank you for reading my novel, and I will try to blog a little more often so that my updates will be more like short stories or vignettes in the future.
Have a fantastic February, everybody (what's left of it, anyway)! Oh! And happy leap year! I hope to see you soon at one of my shows! Feel free to leave me a comment or say hi to me on Facebook. Don't be shy! I want to know about YOU, too! I love you all.
Love & Grace,
Britt
Posted by Brittney Westover at 6:45 PM 1 comment: